Welcome to website of Podlaskie Voivodeship Regional Bureau in Brussels.

For the first time our region (together with Lublin Voivodeship) was represented in Brussels on 9 June 1999. Unfortunately, because of high expenses connected with functioning of the bureau, as well as inconvenient organisation, specificity of work and – in a result – low effectiveness, on 24 March 2003 Podlaskie Voivodeship Board decided to resign from the representation in Brussels. 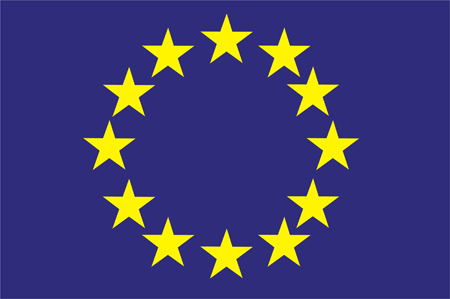 However, this decision didn’t mean a complete withdrawal of Podlasie from Brussels. The Board undertook particular actions, concerning effective co-operation with some already known European regions and institutions.


In 2003 Podlaskie Voivodeship signed an agreement about co-operation with the Italian-Polish Chamber of Economy, which represents Lombard Region in international contacts. According to the agreement, voivodeship government accepted the Italian proposition of opening a seat of Podlaskie Voivodeship Regional Bureau in Brussels. So the Bureau could work efficiently, an office of area of 14 square meters was rented. Secretariat, reception and meeting hall were accessible as well. The office is rented in the same building with the Italian-Polish Chamber of Economy, Sineura – the Italian consulting firm and the Italian representative in Brussels.


The Italian-Polish Chamber of Economy has a long-standing tradition in co-operation with European Union’s institutions, so the signed agreement is a great opportunity for our region to be well represented.


On 15 November 2004, Podlaskie Voivodeship Board passed a resolution No XXI/241/04 setting up the Podlaskie Voivodeship Regional Bureau in Brussels officially. Its main task is to represent regional interests in European Union’s institutions. The initiative was accepted by Ministry of Foreign Affairs of the Republic of Poland.


On the first day of the International Tourist Fair in Brussels, Salon des Vacances, in the seat of Polish representative in Brussels, official information about the Regional Bureau is to be announced.


The Bureau works especially in the following spheres: raising structural funds for Podlasie needs, co-operation with Union’s institutions in supporting programmes and projects of development of the voivodeship, representation of our region’s interests and forming a good look of the voivodeship in front of European institutions. Moreover, director of the bureau is responsible for information and promotion, monitoring works of the Committee of Regions, European associations, as well as conducting and maintaining working contacts with Podlaskie Voivodeship partnership regions, organisation and factual supervision of placements, meetings and economic missions in Brussels.


According to former experiences in foreign contacts, permanent presence in Brussels as well as establishing direct contacts is the most effective method of gaining partners and financing projects. Representation of the region allows understanding rules of functioning of European institutions and acquiring the knowledge about structural funds – the basic instrument of European Union’s regional policy.